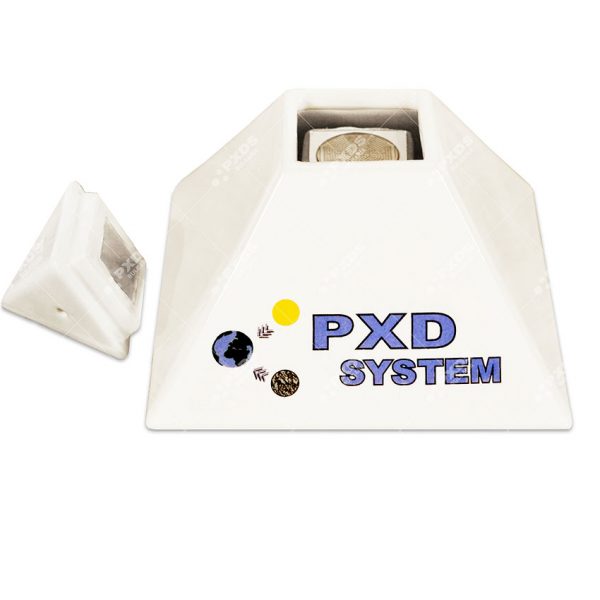 radiation. The oldest record dates from about 15000 b.c from Lascaus Caves

from Sahara where were found first dowser drawings. Since Chinese

civilization until recent time dowser were searching for various underground

radiation at the place where stays the most, like place of work, bedroom..

How to recognize harmful radiation effects:

- Pain in the neck, back, arms and legs

disrupt the organs system functioning. Immune system is weakened and

natural clay, with embedded metallic crystal grains, which has the same purpose

as once had the long lost cover of the Great Pyramid. Inside the pyramid there is

impact on human body and psyche and to transform into a positive energy,

which is than emitted into the surrounding space through specially designed tip.

surface of 154 square m. It neutralizes geopathogenic, cosmic and

electromagnetic radiation as well as that of underground water courses.

Positive energy field transmitted by biopyramide has refreshing and revitalizing

and in 1hr the body will be energized which will help to improve health,

concentration, relaxation, improve physical and mental condition. Also can be

used to energize drinking water, improve drugs efficiency and at the same time to

reduce theirs side effects, and also can be used to energize different products

like facial creams, lotions, massage oils etc, (remove the top of pyramid and

place glass of water or tea, drugs, creams.. leave for one hour and use! )

To protect place from harmful energy known like “Electrosmog” pyramid should

be placed on the floor with marked sign facing North (can remain in box). To

protect from radiations coming from computers, TV, electrical appliances, can be

placed on them or near them. Also can be transferred from place to place.

Biopyramid has been certified by International Institute of harmful radiation